I neither agree nor disagree with the concept of a thirst trap. You can post as many photos of whatever you like and love your body as much or as little as you please.

I don’t care because you’re a stranger as far as I’m concern. This is just based on my opinion and nothing more.

I’m not some young jit that’s wet behind the ears but it never ceases to amaze me the type of witty yet for lack of a better term utter crap that this generation comes up with.

The other day I heard two of my friends talk about a girl who posts a lot of selfies and the reason she’s doing this is to allure people into her thirst trap.

Apparently according to research, uploading too many selfies can damage social relationships because everybody has that one friend who breaks the unspoken “two pics add a day” rule and then everyone hates them.

Two pics a day is the maximum, any more than that then you have a narcissistic social problem (which many of you do).

I am NOT a psychologist but research actually shows people who upload too many selfies begin to alienate the people that are closest to them.

This is exactly how a “thirst trap” can affect your life (if you want to believe that it exists in the first place and that’s totally up to you).

What Is Thirst Trapping?

I’m sorry if this may become graphic but I’ve decided to give it a go at showing some poses that Google Images defines as sexy.

The Epidemic of Thirsty Hoes

It’s so obvious that these women arch their backs to give an illusion that their butt is bigger than it is in real life. Also, the more your chest is visible the better the response you’ll get from stupid “boys”….

Wait!!! Do not think for a second that thirst traps are exclusive to women because males are even worse… It seems to be an overwhelmingly amount of men taking photos with their shirts off now a days.

Another thing that is popular with men and their thirst traps is having money in their photos or pics with cars and big rims.

In hindsight we probably shouldn’t try to make people feel bad for being attractive but in reality it seems to be of an “EGO” thing. So they’re probably not even thinking straight to begin with.

I’m sorry!… I had to through this picture in below because I ran into females like this before…lol… 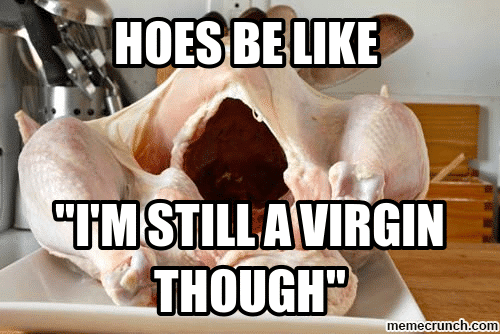 The next one is pretty funny as well…

This chick should be ashamed of herself! This doesn’t make no damn sense. If you’re going to post a thirst trapping selfie, at least hit the gym and back off the table for a couple months (or years)…lol… 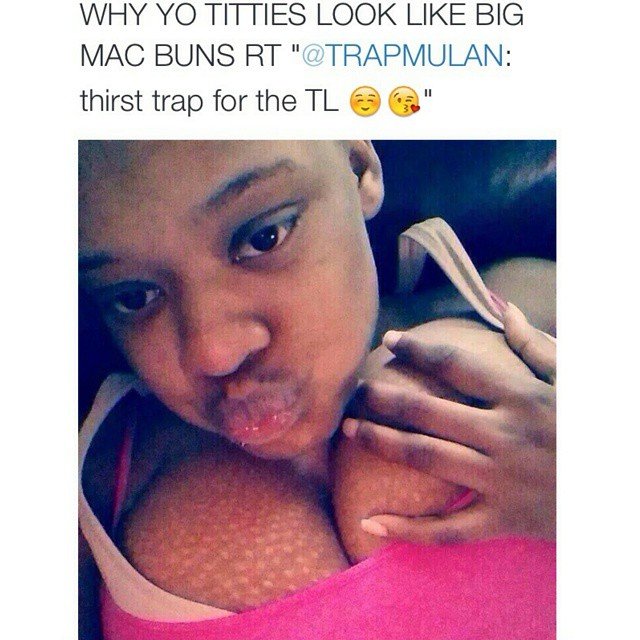 Really? Doo doo in the toilet? I mean…SMH… I’m done… 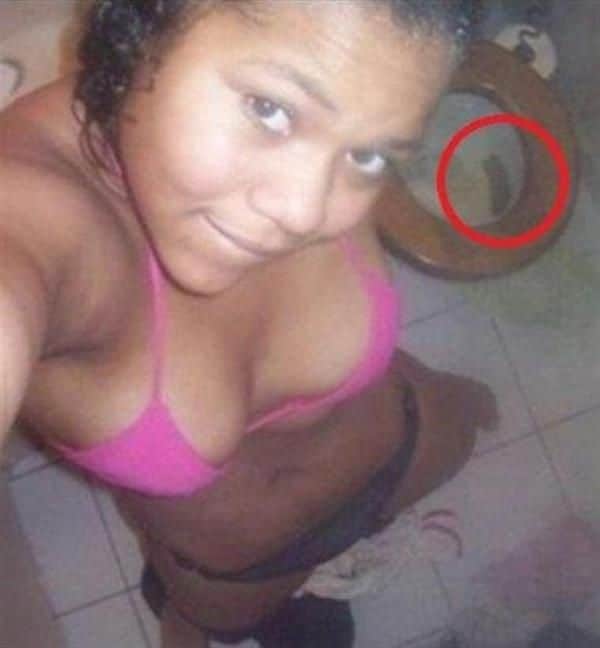 If you have some you would like to share, let me know in the comments below… Lets end the Thirst Trap Epidemic!